Facts no longer matter. All that matters to the Main Stream Media is pushing the Communist agenda they are being paid to push. They are desperately trying to destroy President Trump and ultimately the America we love.

The movement to delegitimize, undermine and eventually impeach President Donald Trump is far-reaching into every department of the federal government and promoted by the MSM.

President Trump scares the hell out of these people for a variety of reasons. His agenda of “America First” is everything his enemies hate.

They will stoop to the lowest tactics in an attempt to hurt the Presidency of Donald Trump. There is no bottom to this. They will lie, invent fake news, misquote the words of the President, support anarchy in our streets and are willing to get America into World War 3 or start a civil war if that’s what it takes to bring down this President

Make no mistake about it, the DNC and globalist controlled main stream media started the demonization of Donald Trump as soon as he announced his candidacy for president. As he moved into the lead, vanquishing one GOP stalwart after another the attacks took on a new level. They began to attack his supporters to portray them as uneducated, racist, bigots and predominantly white. Project Veritas has video evidence of the collusion between the DNC and the PACs coordinating violence at Trump rallies.

The main stream media goes out of its way to report fake news, edit audio, Photoshop images and take words out of context in to further their agenda of destroying the Trump presidency at all cost. Journalist are no longer journalist. They have became obviously biased talking heads reporting their opinions as the news.

They no longer seek out guests for their shows that have a differing opinion. They stack their panels with like-minded left leaning liberals to agree with them. The attacks on Trump and his supporters are unrelenting and vicious.

So where does that leave America today? What are we to do to stem the tide of divisiveness in the country that is purposefully being created by a corrupt media.. How are we ever going to return to civility and accept the right of others to have a different opinion.

We start by recognizing publicly who is behind this attempt to destroy America. We demand our government to investigate the money behind this and follow the trail where ever it leads.

If the main stream media has been compromised in the slightest by colluding or accepting funds from any person or entity to promote this anti-American agenda, they should lose their FCC license and their tax status. People running these entities need to be charged with sedition for their attempt to overthrow a duly elected President and for creating anarchy in America.

American patriots are getting tired of these people breaking the law and not being held accountable. Patriots we are at WAR, our weapons are the truth, our votes and our faith in @POTUS that he will prevail. Our survival as a nation depends on recognizing the Enemy for who they really are. We must #MAGA for all Americans.

I have a lot to say. Just wait you’ll see. 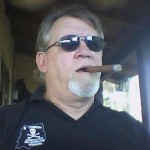 I have a lot to say. Just wait you'll see.